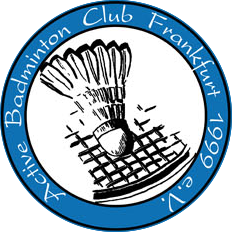 From your correspondent Mathias 😉

Our second team played their first ever matchday on September 15th 2019 and WON!!

Here’s all the dirt on this eventful day – complete with pictures.

Team 2’s first matchday took place at 10am on a Sunday at the hall of our hosts TuS Schwanheim. For those who don’t know: Team 2 was resurrected under the leadership of Leila after having been withdrawn from competition last season; Leila recruited, communicated, motivated and organised everyone for these coming 6 months.

The league they’re playing in is the entry-level Bezirksklasse C in Frankfurt, which means that Team 2 will be competing against 5 other teams for the top spot to move up to Bezirksklasse B at the end of the year. This works out to 10 matchdays in total, each encompassing 8 games per matchday:

Proceedings typically take about 2.5 hours including warmup with a point being awarded to a team after a match is won. The team that has the most points carries the day and gets 2 team points for the league table. If the matchday is undecided (4:4), points are split and each team goes home with just 1 point.

After both teams had warmed up, greetings were exchanged and things got underway!

Nicolas and Tom played the first men’s doubles, struggling a bit with nerves and allowing their opponents to take the initiative a little too much. However their opponents got off to an even shakier start and Nico and Tom won their first set 18:21. Their adversaries adjusted and piled on the pressure in the second and third sets, winning them 21:15 and 21:10 for TuS Schwanheim.

Meanwhile Leila and Zizi’s double was starting rather poorly, with them losing the first set 21:9 . In what was a truly remarkable turnaround, they adjusted their game and blew their opponents away 12:21 and 11:21 to take the game!

Mahesh and Gongda played an uncompromising double, never letting their adversaries gain a foothold and pretty much trashing them 13:21 and 9:21 .

After the first three games, the score was 1:2 in ABC’s favour!

UP NEXT: MIXED AND SINGLES

Tom went head to head with a strong opponent in his singles match. The two players turned out to be quite evenly matched and so Tom only lost the first set in a close contest 22:20. A strong showing enabled him to pull ahead toward the end of the second set, but, suffering stitches in his side from the exertion, his adversary took the second set, too: 18:21.

Ray and Zizi played the mixed for the team and got off to a flying start! Both men in the mixed played very strong shots and seemed evenly matched, but it was Zizi who made the difference for ABC with her great net game: they won comfortably in two sets 13:21 and 11:21.

Since I was asked to referee the third men’s singles game played by Mahesh, I have no photos of that rather one-sided affair, which went down 7:21 and 9:21 against a rather overmatched opponent. BTW: Mahesh’s opponent was by far the senior player on the court that day, having recently competed in the „over-75“ section and coming third in the national championship!

Jie Wei and Ray’s singles were the only games left and could make the difference for ABC: could they clinch the matchday win or would we have to split points with TuS Schwanheim?

Jie Wei’s opponent was quite good, but it was her tendency to beat herself up after unforced errors that seemed to put a dent in her game as the match wore on. Jie Wei on the other hand played a very concentrated and high-level game, steadily building on her strenghts and winning both sets 15:21 and 10:21 !

Ray on the other hand was very much in the mood for a thriller. And so while everyone from both teams watched this match unfold, he battled his very strong opponent back and forth in long rallies, with both players giving it their all! The first set went to his opponent with the score at 23:21! You think it doesn’t get any tighter? Well think again: Ray narrowly lost the second set 27:25, leaving me slightly exhausted just from watching the game 😉

Congratulations to all the players and thanks to the supporters who came by to encourage everyone!

We celebrated the day in style by having lunch at a Thai restaurant in Schwanheim just around the corner!

Put Saturday October 19th into your calendars, folks: we’ve got both ABC 1 and 2 playing against other teams at the same time at Viktoria-Luise-Schule in Bockenheim (Leonardo-Da-Vinci-Allee 11).

Starting at 4pm, please come and support the teams and join us for dinner in Bockenheim afterwards! 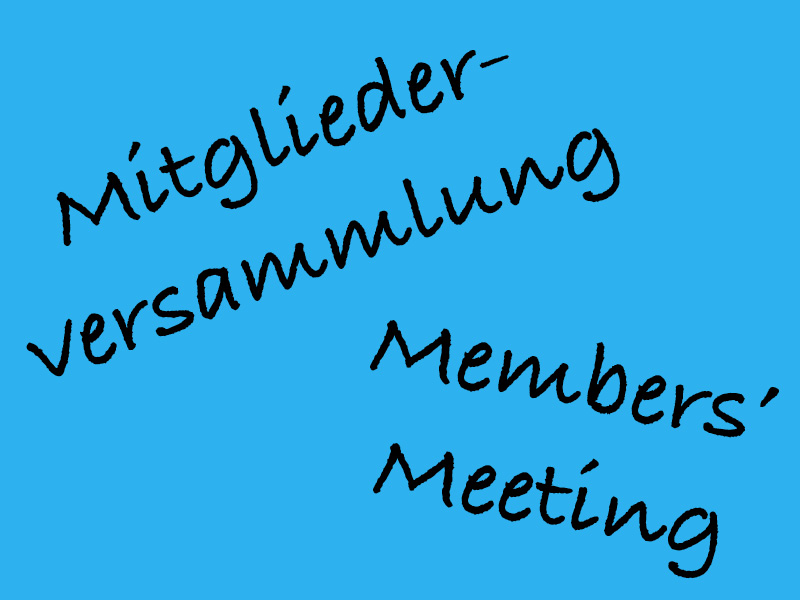 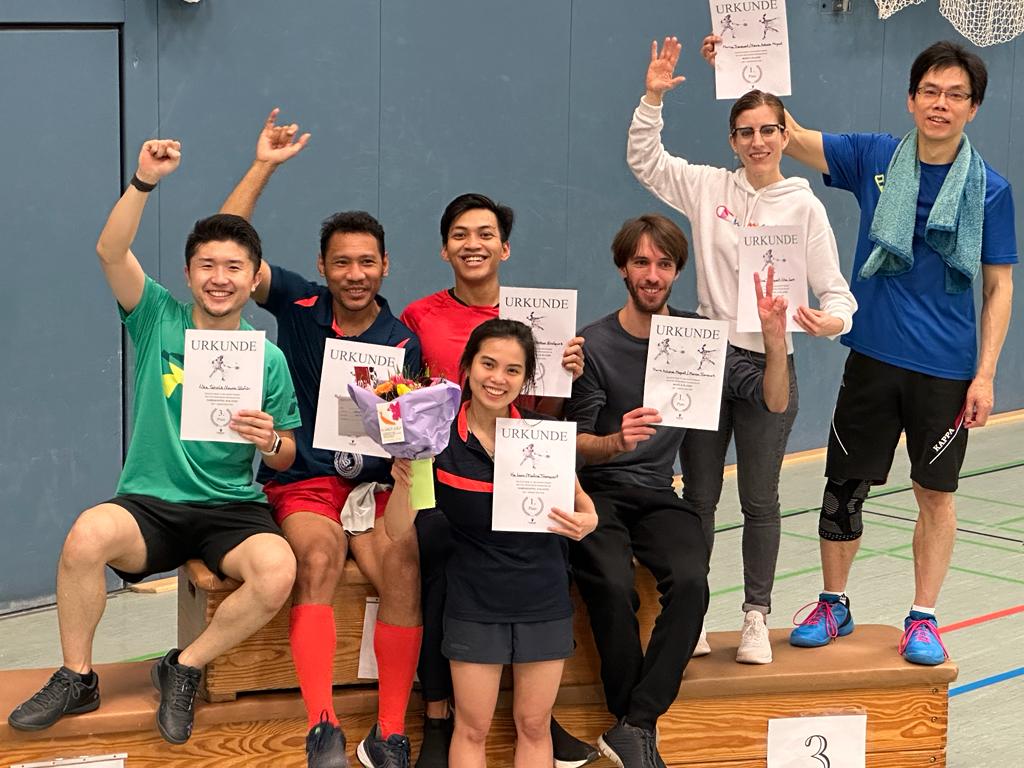